Features Compensation
Salary transparency is on the rise. Here’s how to navigate the topic 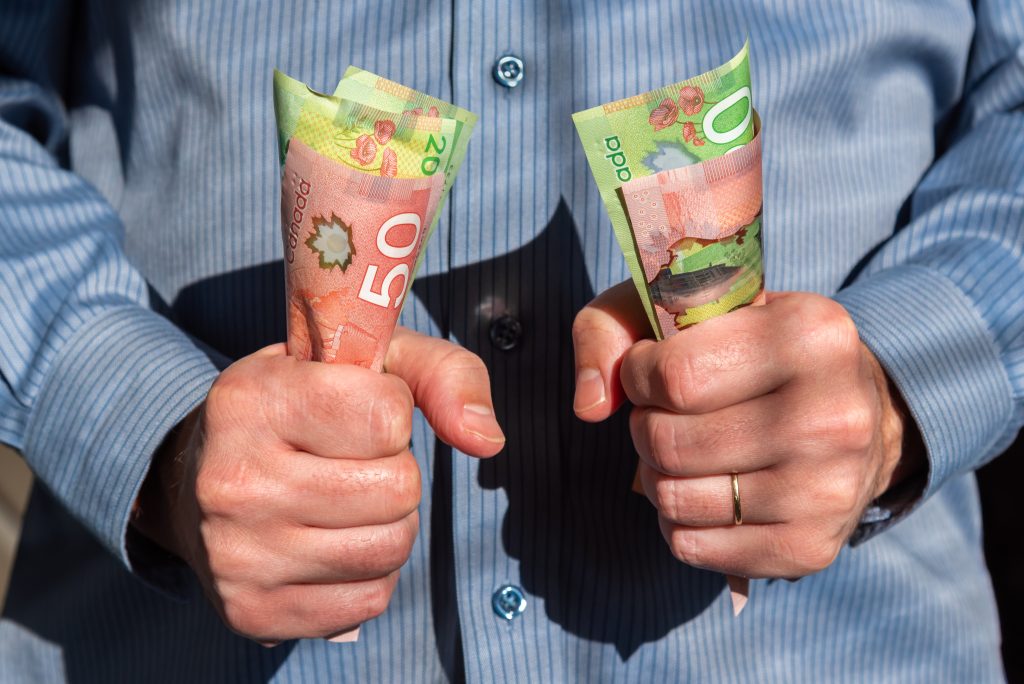 Mo Hameed started a TikTok account showcasing everyday Canadians sharing what they do and how much they make just a few months ago.

“I wanted to create something for the youth, but also for other people in their careers who want to make sure they’re getting paid a fair amount, and just have a page where people can go and be like, ‘oh, this job is cool, let me look more into this,”’ the 24-year-old said.

Clearly people want the inside scoop.

As the cost of living continues to rise and pay gaps persist, there is a growing desire for more open discussions around earnings, something money expert Jessica Moorhouse argues can help ensure everyone is being compensated fairly.

While it shouldn’t be all up to the workers, she said, there are ways to create and foster a more open culture around salary transparency, through relationship-building, consistent dialogue and not being afraid to ask questions.

“I always found the people who were open to sharing were people of colour and women, because we realize that we’re probably the ones being paid less than other people,” Moorhouse said.

In fact, women earn 89 cents for every dollar earned by men as of 2020, according to Statistics Canada.

Rachel Wong is the co-founder of career platform Monday Girl and said salary transparency is a “huge topic” among her members, which consists of mostly Gen-Z and millennial women.

Wong launched a social media series featuring Monday Girl members sharing how much they were making at their jobs.

She said the series led to a flood of messages from other members feeling inspired to open up the dialogue about salary expectations and negotiations, as well as managing workloads.

“Some people definitely felt like, ‘wow,’ at what other people were quoting and like ‘I’m being underpaid,”’ she said.

“There were some women that were working multiple jobs just to be able to afford rent, and they were able to recognize they were being underpaid in their main job and that they have the ability to make a switch so their lifestyle is more sustainable.”

When it comes to creating that space for greater discussions around earnings at work specifically, Moorhouse said having a specific goal in mind, like getting a raise, for example, is a good place to start.

“‘Hey, this is the situation I’m in and I’m thinking of this. What would your suggestion be?’ And usually, their answer will have to do with their personal experience, how much they’re earning, or how much they know, or what other people are earning. So that’s one way instead of saying, ‘How much are you making?”’

When looking for a new job or starting a career, Moorhouse said people shouldn’t be afraid to connect with individuals who inspire them or have a career that interests them.

Social media has opened the door for a broader range of career relationships to start in a way that is unique compared to any time before, she noted.

However, the important thing about this approach is to make sure it’s not transactional. Aim to develop a relationship with the person you reach out to, rather than asking for something right off the bat, Moorhouse said.

“Maybe there’s a connection between us — we know the same person — and then maybe we have a call about something career-related. And then eventually, you can be like, ‘Hey, so I’m also researching for my own personal knowledge around pay in this industry and I’m wondering if you can share any information about that?”’

She added that people have the most leverage during the interview process compared to when they are already in a job, especially since salary expectations are often asked, so it is wise to use the conversations you have had with people to your advantage during that time.

For self-employed workers, like Moorhouse, there are instances where companies and brands reach out wanting to collaborate, and she advises people to lean on the network they’ve built, again, making themselves the focus.

“Instead of ‘How much did you charge?’ ask ‘How much do you think I should charge?”’

On the employer side of the equation, attitudes are shifting, with more companies being more upfront about salaries as legislators demand greater disclosure.

According to data from Indeed Canada, 66 per cent of new jobs posted on the platform contained salary information in the fourth quarter of 2021. In the first quarter of this year it was 68 per cent, in the second quarter it was 71 per cent, and as of September it is 74 per cent.

Indeed Canada also said 75 per cent of job seekers are more likely to apply for a particular job if the salary range is listed in the posting.

And based on a recent survey the company conducted, 88 per cent of respondents who indicated that their company does disclose salary on job postings agree that this disclosure has been beneficial in the hiring process amid a tight labour market.

Since launching his TikTok account Canadian Income, Hameed’s videos are already having some positive impact.

“I had someone say, ‘oh, I’m so glad I watched your videos because I work in IT and I realized how underpaid I am,”’ he said.

And while he acknowledged online resources, such as Glassdoor, can be useful, he said they don’t feel personal enough and don’t delve deep enough into the myriad of roles and industries that exist.

“I always wanted a resource where I could hear from real people.”