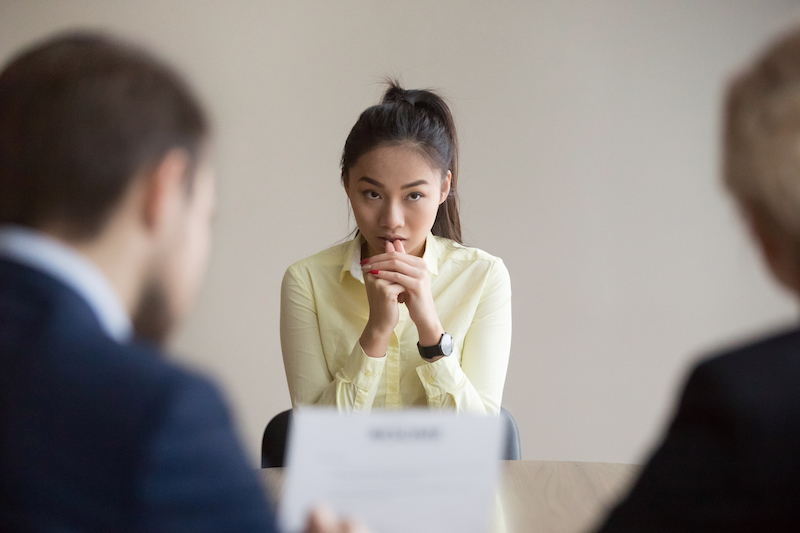 Since I’ve been discussing talent acquisition and management over the past few weeks, I thought I would take a slightly different perspective in discussing some of the myths that persist out there with respect to job applications from the candidate’s perspective. This is relevant because most of us have been candidates at one point, and employers, business leaders and HR practitioners need to be aware of some of these persistent myths.

My initial inspiration for this post was a post I saw on LinkedIn recently where a recruiter was warning applicants that employers still care about their tenure in previous jobs. The truth is employers are wary of hiring candidates who are perceived as job hoppers.

Because onboarding and training costs are so high, and because it can take months or even years before a new hire can become fully productive on the job, employers are understandably reluctant to hire someone who is likely to leave after a short time. While there are no guarantees someone perceived as a job hopper will leave after a short time, if a candidate’s previous work history shows a pattern of short tenures, there is often a worry that person won’t stick around.

On the other hand, others argue people who change jobs frequently learn more from different jobs, companies and cultures and are more adaptable since they are used to frequent change. It is also true that many people end up taking a series of short contract positions, and it can be difficult to break out of that once someone is perceived as a contractor.

While I’m not suggesting everyone who has short job tenures on their resumé is going to be a flight risk, there is often a certain amount of unease about bringing someone onboard who is likely to leave after a short period of time – particularly if the role requires extensive on-the-job training or is one where stability is particularly important. For that reason, I would recommend people try to stick it out for at least a year (preferably longer) in each permanent position, unless the job or the organization clearly weren’t a fit.

Someone who has held a succession of contract positions may need to convince a prospective employer they have learned a lot from those jobs and are looking to put down roots in a permanent position. Conversely, people who have spent too long in a job or organization are often perceived as set in their ways, stagnant and resistant to change. For that reason, some experts recommend people stay in a role optimally between four and seven years.

Apply for jobs you aren’t qualified for

There is a widespread misconception out there that people should apply for anything and everything, whether they’re qualified or not. The idea is employers are looking for too much these days, and a good candidate should be able to wow the employer in an interview even if they’re missing some of the key qualifications for the role. There is also the idea that the individual may be considered for another position even if they aren’t a fit for the vacancy in question.

The problem with this approach is it makes candidates look desperate and extremely naïve. Employers aren’t keen on generalists who don’t know what they want in their careers, and recruiters often roll their eyes when they see the same candidates applying again and again for every vacancy.

I believe a good guideline to follow is only applying for a position if you have at least 70 per cent of the qualifications listed in the job posting.

Career counsellors frequently tell candidates to follow up after every job application. I believe this is good advice if you are a superstar candidate, if the organization is smaller and you know the hiring manager or if you have already had an interview.

However, I do not agree this is a good idea if you’re simply applying online to a large organization. Large, well-known employers routinely attract hundreds or even thousands of applications for each posting, and they simply aren’t set up to respond to inquiries from every applicant.

Speaking as a former recruiter, it is also frustrating when someone follows up just to confirm their application was received. These days, that’s a given, and such calls have little value for applicants.

Related
Would you hire worker with a PhD?
Drop the skepticism: Organizational culture really does matter
Linking the employment value proposition with employer branding
Is the recruitment process broken?
Tags