As employers respond to the ever-evolving needs of the workforce in the current and post-pandemic environments, their social contract will continue to evolve. (Feydzhet Shabanov/Adobe Stock)

Each year, annual salary reports help to illuminate compensation trends across industries for the months ahead by aggregating hundreds of organizations’ newly finalized budgets.

However, getting the clear insights necessary for these reports becomes a bit complicated when you add the uncertainty of a global pandemic into the process.

When it came to compensation and cost management for 2021, Morneau Shepell reported that 46 per cent of the 889 organizations surveyed between July and August remained uncertain regarding salary raises and freezes.

At nearly half, it marks “the most uncertainty that we’ve ever seen in our survey,” said Anand Parsan, national practice leader of Morneau Shepell’s Compensation Consulting practice and research lead behind this year’s report.

Meanwhile, for Mercer, this degree of uncertainty was even higher among their 401 respondents when they initially reached out in late August — at 89 per cent.

By the time they followed up with these organizations in late October, it had since settled to a still-exceptional 49 per cent.

Normandin Beaudry recorded similar numbers, with 40 per cent of the 446 organizations reporting this summer that they still remained undecided for the year ahead when it came to budgets and compensation.


With a fog of financial uncertainty looming over this year’s compensation reports, it follows that the actual, concrete budgetary decisions that organizations have been able to make are of a largely conservative, if not outright alarmist, nature.

One major budgetary trend that illustrates this overall cautious approach to compensation is the percentage of salary freezes that employees are facing for 2021, with this field appearing to have reached highs not seen in the recent past — if ever.

“For comparative purposes,” they clarified, “we typically see upwards of three per cent of participants indicate a salary freeze.”

Mercer reported salary freezes among respondents to be in the eight to nine per cent range.

“I would say in a typical year, you’d have two or three per cent of companies saying that they’re doing a salary freeze, and right up until 2018-19, it had almost gone down to none,” said Gordon Frost, career business leader for Mercer in Montreal.

“There’s always a couple, but the last time we had a soft spike was in the recession after 2013, ’14, and it’s been consistently going down every year thereafter.”

Salary increases still remain on deck for a number of organizations, though, again, the findings show these numbers to be significantly down when compared to the relative standards set by the data of recent years.

“In 2019, the average salary increase, including freezes, was 2.4 per cent year-over-year — a significantly higher number when compared to the actual base salary increase of 1.6 per cent in 2020,” Parsan said of Morneau Shepell’s findings. 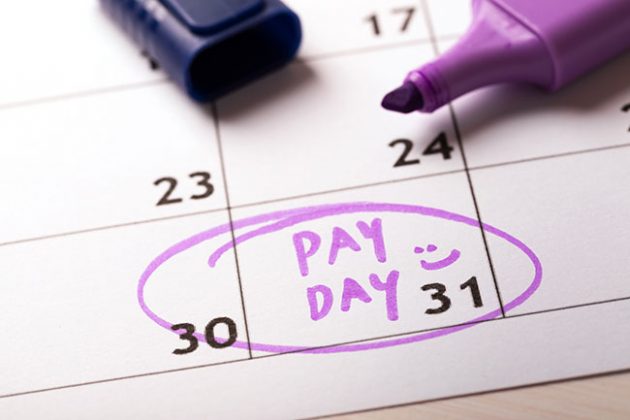 Even amongst shrinking finances, data shows that organizations are doing all they can to divert funds toward compensating essential or specific roles within their company, no matter how current events may have them struggling. (ronstik/Adobe Stock)

For struggling organizations — which in many cases have faced setbacks such as staff reductions — the primary focus seems to be on getting their affairs back in order before making any significant financial adjustments, said Frost.

“They’re not planning to do increases until they can kind of bring most of their people back again. Some of them might be planning a really conservative budget increase for next year, and by that I mean like one to 1.5 per cent of their payroll.”

Comparisons with any fiscal year of the recent past is sure to illustrate a negative relationship, but what insight can be received about the current financial crisis when compared with one of the few similar periods from this generation — that of the 2008 recession?

“For the first time since then,” Parsan maintains that Morneau Shepell “saw the national average base salary increase projection drop below two per cent, driven by the combined impact of salary freezes and economic instability.”

Normandin Beaudry went as far as to publish an additional report comparing current salary trends with those from 2008, with its conclusions suggesting that the financial devastation of the current moment may eclipse even that of 12 years prior.

“What we do know is that the major difference is since that last recession in ’08 and ‘09, there were, I’d say, steady salary increases in the 2.5 to three per cent range,” said Campione. “With the pandemic in 2020, we will certainly fall short of that.”

There is some relief to be found from the big-picture negativity when one shifts their focus away from generalized compensation trends and toward salary data for specific, niche-level positions.

Even amongst shrinking finances, data shows that organizations are doing all they can to divert funds toward compensating essential or specific roles within their company, no matter how current events may have them struggling.

According to Frost, Mercer discovered that, “even among overall organizations that have been really hard-hit, they might have some really specific jobs where the skill set is just so critical to their survival, that they’ve targeted some dollars to those job families.”

Hays Canada found similar data suggesting that regardless of the company’s wider compensation trends or bottom line, a slight majority of employers are willing to pay the price of attracting and retaining the personnel critical to navigating the current organizational turbulence.

According to Hays president Travis O’Rourke: “pandemic or not, talent shortages in Canada are real.” Because of this, he explained that Hays found “52 per cent of employers have told us that they are prepared to go outside of their budget range to secure the right talent.”


The range of the pandemic’s influence on compensation trends not only varies across roles, but also regionally across Canada. Specifically, trends show Canada’s eastern provinces to be faring better, relative to the rest of the country.

White noted that Normandin Beaudry’s data “showed that Quebec is consistently spending a little more than Ontario and the Canada average,” while Parsan pointed toward a relatively stable rate of salary freezes among Maritime provinces in Morneau Shepell’s report.

Atlantic Canada’s stability is further highlighted when contrasted against a Western province such as Alberta, where 16 per cent of organizations have committed to freezing salaries for 2021.

This story appears in the Winter 2021 issue of Talent Canada.