Understanding how to deal with failure is important 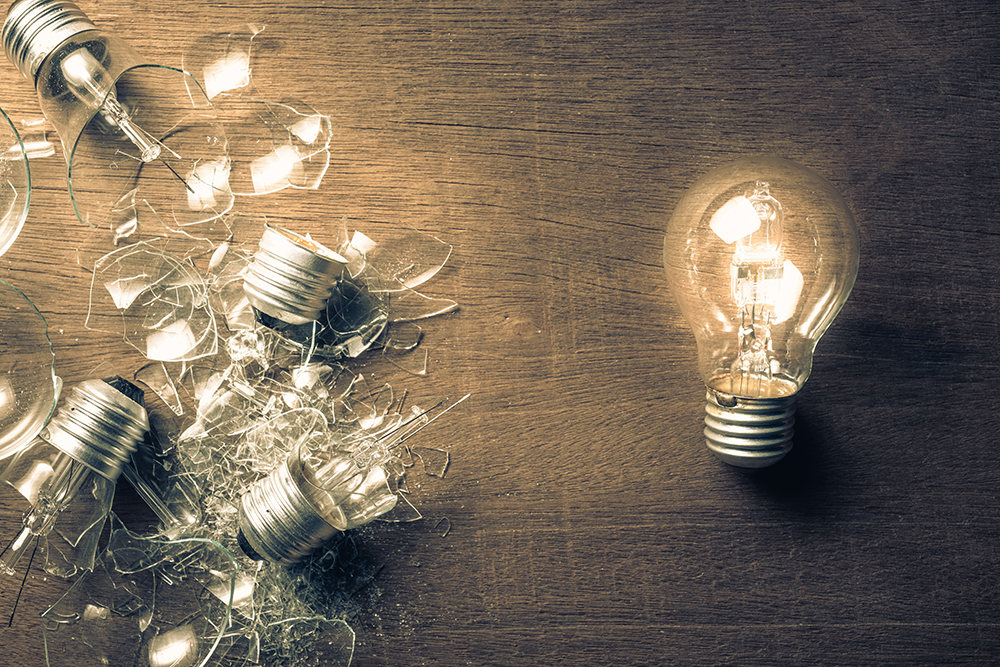 I once read that many high performers are people who had experienced setbacks in their lives and careers. They had experienced failure at some point and decided they were determined to overcome that failure.

Thinking about this, it’s quite logical and isn’t just about work performance. For example, if someone had experienced academic failure, that will often drive them to try harder to overcome their less-than-stellar academic history.

These people are extremely driven — and it often feels like they have something to prove to themselves and others.

Failure can be a powerful motivator for many people — whether that person has always been a perfectionist and has hardly ever experienced failure, or was someone who had experienced major setbacks in their lives that really drove them to overcome those shortcomings.

Notice how I didn’t say the perfectionist had never experienced failure. That’s because everyone experiences failure at some point, whether that failure is catastrophic and publicly recognized by everyone, or if that failure is simply the inability to live up to one’s own high expectations.

We are starting to think differently about failure in the business world, and I think that’s a really good thing. It used to be thought that someone who had failed was a failure, and it was almost expected that true winners never fail.

However, we are now starting to recognize the value of failure as long as we learn from our setbacks. While we shouldn’t take foolish risks — and it is important to engage in prudent planning — the truth is we all fail at times, whether as individuals or as organizations.

Without taking at least some risks, we would never learn and grow. Similarly, we all need to move beyond our comfort zones if we are to learn new skills and competencies or develop existing ones.

Most people aren’t very good at certain things the first time they try them. We may even fail spectacularly and be called out in front of others when we don’t perform so well.

The first time I got up in front of a classroom full of people, I probably wasn’t that great a public speaker or facilitator.

I still have a lot to learn, but after a great deal of practice, I became quite confident I knew how to confidently lead a training session.

Negative feedback from others can be particularly stinging, but I also think we can be our own worst critics at times and we’re often harder on ourselves than others would be.

A top performer is often able to take that criticism (whether from others or from oneself) and learn from it. But I also believe a certain amount of self-awareness and the ability to take some feedback with a grain of salt can help, too.

What if the feedback is contradictory or we know in our heart of hearts it isn’t fair or correct? What if there were circumstances beyond our control, or we know we weren’t our best that day for whatever reason?

Sometimes we need to be able to block out what the naysayers tell us and focus on our goals with the knowledge that we will overcome all barriers no matter what confronts us. On the other hand, self-awareness is also important in the sense that we sometimes just have to know when to give up.

Sometimes our goals or dreams no longer make sense.

For example, I used to always dream of one day becoming a lawyer. While I do believe that where there’s a will there’s a way — and I have actually figured out a course of action that would likely get me there without having to go back to school full-time — I have decided it just isn’t worth it at this point.

Often what separates a real winner and a high performer from others is resilience and the ability to bounce back after a setback, change course and try again.

High performers don’t give up after the first time just because things didn’t go their way, or they weren’t quite as good as they had hoped.

But they also need to understand when to throw in the towel and give up on a goal — or let someone else take a stab at it.

Being able to spot some of these traits goes a long way towards assessing top talent.

Brian Kreissl is a product development manager with Thomson Reuters in Toronto. He looks after HR, payroll, OH&S, records retention and Triform. He can be reached at brian.kreissl@thomsonreuters.com or (416) 609-5886.

Related
What I learned at HRPA 2020
Managing and developing high-potential employees
Workforce development, preparedness a must for post-COVID economy
What the history of diversity training reveals about its future