Features Immigration
Why Canada needs more than 400,000 immigrants per year 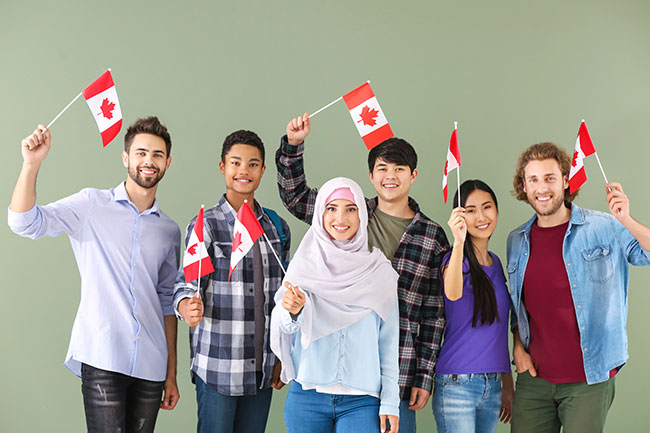 In late October, the Canadian government announced the most ambitious immigration plan in the nation’s history.

To put this figure into context, Canada has welcomed this figure of immigration just once in its history — in 1913 — but the onset of the First World War saw immigration levels plummet soon after.

In recent years, Canada was targeting the arrival of some 340,000 immigrants annually, but it will fall well short of this figure in 2020 due to the coronavirus pandemic.

The rationale for high immigration prior to the pandemic was simple: Canada has an aging population and low birth rate. These demographic realities will create economic and fiscal challenges in the years to come.

Fewer new workers will weaken the rate of economic growth. Weaker economic growth will come at a time when fiscal pressures will rise. It will become more expensive to deliver health care to Canada’s rapidly aging society.

The pandemic, of course, has dramatically altered Canada’s economic and fiscal plans. The federal government is now running a deficit in the hundreds of billions of dollars to keep the economy afloat until the pandemic is over.

The timing of the announcement to substantially increase immigration in 2021 and beyond may seem peculiar.

Why raise immigration during a period of high unemployment? Do we have enough services and infrastructure in place to welcome such large numbers of newcomers?

These are legitimate questions.


The timing of the announcement makes sense for the following reasons.

First, the pandemic has not changed the fundamental calculus for welcoming more immigrants to Canada. We still have an aging population and low birth rate.

All 9 million of Canada’s baby boomers will reach retirement age by 2030 while our birth rate is too low to fully replenish all the Canadians who will be exiting the workforce. Tapping into underrepresented talent groups such as our Indigenous peoples, women, and persons with disabilities is crucial, but will still not be enough to compensate for all the boomers retiring.

Hence, welcoming more immigrants beyond the pandemic will help to alleviate these demographic pressures as it will support labour force growth and the country’s economic and fiscal recovery.

Higher immigrant admissions during a recession is a major challenge, but it can also help to expedite the recovery in jobs and economic growth.

Newcomers will inject money into the economy which will support jobs.

In addition, Canada welcomes immigrants of a very high calibre who will eventually land on their feet once the economy returns to normal.

In 2015, Canada introduced a new competitive system to select immigrants. Candidates are ranked against each other and only the highest-scoring individuals are invited to immigrate here. This system aims to select immigrants who are “pandemic proof.”

The federal government selects those who are young, have high levels of education and language proficiency, professional work experience and experience living in Canada.

A recent study by the federal immigration department shows these immigrants are performing at high levels in the labour market, and this should remain the case for new immigrant cohorts after the pandemic is behind us.

Finally, welcoming over 400,000 immigrants per year will be a daunting task and will place pressure on services and infrastructure across the country. But allowing newcomers to pursue their Canadian Dream is a lot like the movie Field of Dreams.

Canada’s history shows that “If you build it, they will come.”

The virtuous cycle created through immigration will enable Canada to make the investments necessary to maintain world-class social services and infrastructure.

It is hard to argue that Canada was equipped to welcome high levels of immigration after Confederation, but we managed as newcomers helped build arguably the best country in the world.

Thankfully, we are much better equipped today than we were in the decades following 1867.

Kareem El-Assal is the director of policy and digital strategy at CanadaVisa.com.

This commentary appears in the 2021 Winter issue of Talent Canada.