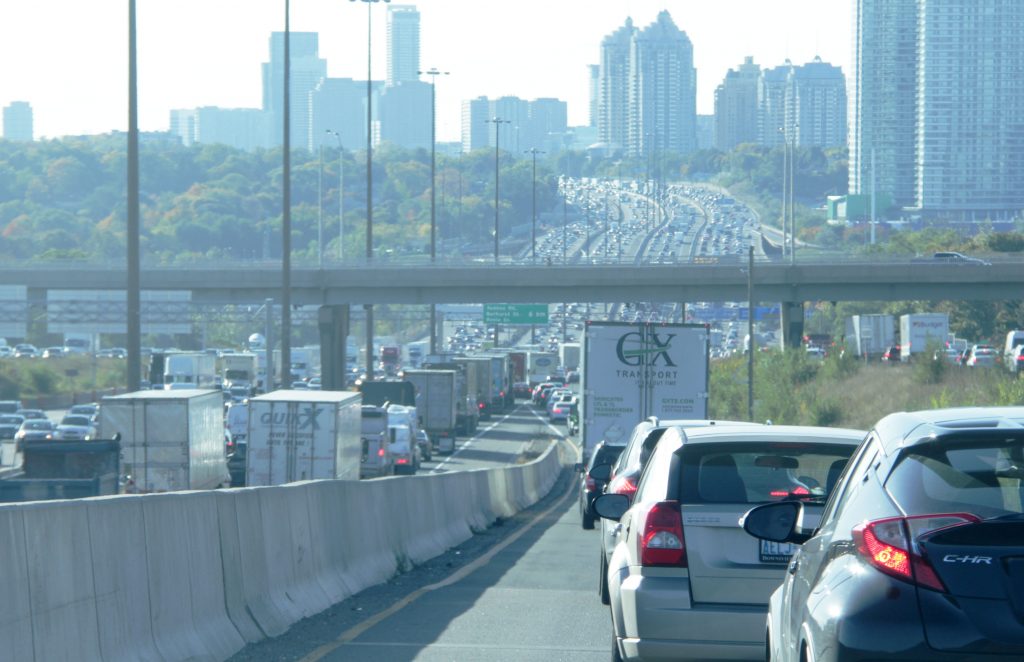 The full impact of the pandemic on commuting patterns and working from home is coming into focus, thanks to new data from Statistics Canada.

There were 2.8 million fewer Canadians commuting to work in May 2021, it said. And the number of people working remotely swelled by about 225 per cent compared to 2016.

The numbers show the full impact of the pandemic on commuting patterns, with all forms of transportation seeing a drop. The data showed:

Second, there was a huge shift in working from home in industries where it was possible. In May 2021, there were 4.2 million people usually working at home, more than three times the level seen in May 2016 when it was 1.3 million.

“Increases in working from home were concentrated in industries such as professional, scientific and technical services; public administration; finance and insurance; and educational services,” according to Statistics Canada.

Toronto drivers saw the biggest benefit with less traffic, as average drives drop 2.7 minutes. Other municipalities in the GTA also enjoyed higher than average drops in drive time, including Hamilton and Oshawa (down 2.2 minutes each). Ottawa and St. John’s, N.L., reported shorter drives on average by 2.1 minutes.

And the number of Canadians making long commutes by car also plunged. The number of people spending more than one hour in their cars fell by 28.7 per cent compared to 2016.

Not only were Canadians working remotely, but they were also moving their residence.

“In other words, virtual work not only affects where people work and whether they commute, but can also influence where they choose to live and how they get to work,” it said. “Whether this phenomenon will continue remains to be seen.”

Canadians back in cars, but resisting public transit

The data for public transit, though, told a different story. In May 2022, there were 1.2 million people commuting by public transit, well behind the pre-pandemic levels of two million from May 2016.

The agency said it is “too soon” to tell if the impact on public transit is temporary or lasting, but the May 2021 data will provide a baseline from which to gauge ridership going forward.

The ridership drop was spread across all modes of public transit:

Infographic: How the pandemic changed commuting

Related
New York Times staff refuse to return to office, but employers can usually dictate where work is done: Lawyer
AIMCo CEO says execs who force employees back to the office are ‘tone deaf’
September jobless rate falls to 5.2% as fewer Canadians look for work
Musk orders Twitter employees back to office, warns of ‘difficult times’ in first email to staff
Tags