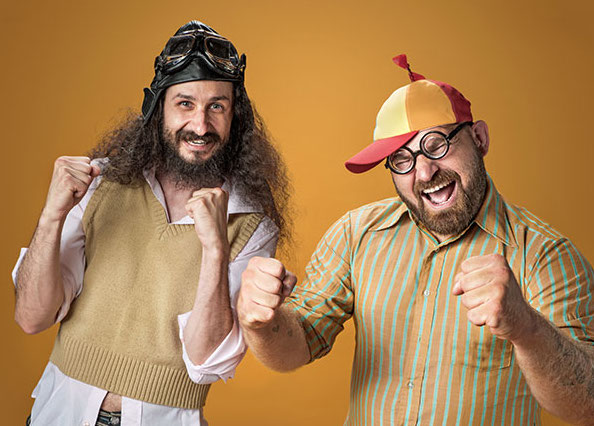 What some people consider witty office banter may be viewed as disrespectful by others, causing apprehension and stress. (konradbak/Adobe Stock)

Every organization of some size that I ever worked for — or ever heard of — has one or two oddballs on payroll.

Nobody remembers the rationale for hiring them or what they were expected to do — they are just there. They’re part of the furniture and considered harmless goofs.

If newbies ask, it’s a matter of “Oh, that’s just Bob,” or “Jackie’s at it again.” By unspoken consensus, no one ever holds them to account.

As entertainment site Vulture brilliantly put it: “You know how every office has a person that you’re like, ‘How do they still have this job? I saw them photocopy a sandwich?’”

Larger organizations typically have a few people like these. They tend to be senior management — at least on paper.

I always wonder how they hang on to their jobs, whether they started with high hopes and brimmed with energy like most other employees at some point, and how it all went sideways.

No one takes them seriously, and even that doesn’t seem to bother them. Nothing ever bothers them. They are just voting present, lounging in their lairs, collecting their biweekly attendance fee.

At one of these organizations, as part of my Eccentric Human Behaviour Studies, I made a point of connecting with the two resident oddballs. The most remarkable thing about them was that they considered themselves perfectly normal — and each other certifiable.

Their favourite pastime was starting rumours and getting others all revved up, and several of their comments, though unproductive, were funny. At least to me.

#HecklerHowTo –– Make your heckles so clever you can’t be ignored! And if that doesn’t work, try throwing stuff at the stage. That’ll show ’em. pic.twitter.com/ePym6GVUiY

At some point, the company sent a delegation to Ottawa for an economic summit. Both oddballs made it on the list but didn’t seem excited about going. Assorted speakers appeared at the lectern while the resident comedians made disparaging comments. Whatever any of the speakers said, it was all drivel.

On the way back, I hitched a ride with the president. He asked me what I thought of the event.

“Well, I enjoyed both the speakers and the food. I’m not sure Statler and Waldorf did though.”

The president looked at me with a puzzled expression. “Statler and Waldorf?” Me: “Yes, the two directors at our table – with their constant putdowns, they’re like those two jury guys on The Muppet Show. Their names were Statler and Waldorf.” He turned beet-red, trying not to laugh.

From that moment on, they were Statler and Waldorf to insiders.

Some examples to illustrate their contributions to the company vibe:

You can’t leave it at the door: Work behaviours affect your personal life

I considered this innocent banter until I realized that it only comes across as such to people who were, sort of, their equals. Based on feedback from the front lines, I started seeing how their presence and pronouncements impacted morale and company culture.

And I came to see that it was easy for me to laugh it off, as I didn’t report to them and had no reason to be afraid.

But, as has been said many times, “a culture is determined by the worst behaviour an organization is willing to tolerate.” For a while, I was part of that culture, and guilty of condoning it.

As the Ontario Human Rights Commission points out, it doesn’t matter how a comment is intended, but how it is perceived. What some people consider witty may be seen as disrespectful by others, causing apprehension and stress.

What some intend as all-in-good-fun teasing, the “recipient” may experience as bullying, especially when it involves an imbalance of power.

Let’s face it: an unguarded comment by a senior staff member can ruin someone’s workday and impact their engagement.

Sarcasm especially affects others, as this is perceived as being mean.

How good governance can stop ‘bro behaviour’ at toxic companies

According to the Canadian Centre for Occupational Health and Safety (CCOHS), bullying is usually seen as acts or verbal comments that could psychologically or “mentally” hurt or isolate a person in the workplace.

As HR practitioners, we must be aware how easy it is for a conversation to go beyond innocent banter. Behaviour by executives, managers and HR affects employees — especially those afraid to talk back or push back. Stress levels go up and productivity goes down.

If people are great within their narrow mandate, but jerks to their co-workers and direct reports, it’s not worth it. It is HR’s responsibility to check and challenge this behaviour.

There is no need to outlaw levity, but we should at least be aware that everyone carries their own baggage and has their own filter.

Related
The most meaningful New Year’s resolution for leaders
Workplace harassment: Prescribing the wrong medicine to cure the incurable?
New federal rules on violence, harassment in effect: Are you compliant?
Protecting a unique company culture in a fractured world
Tags