Features Legal
Contract not ‘frustrated’ due to COVID-19: Ontario court 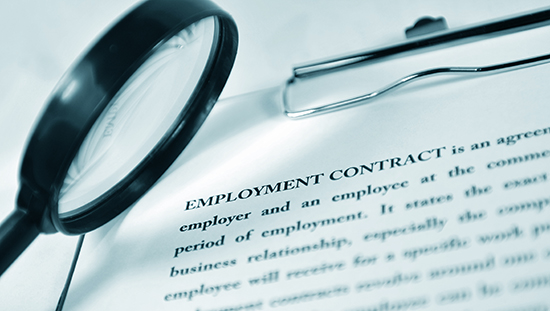 In the recent decision of Sub-Prime Mortgage Corporation v. Kaweesa, the Ontario Superior Court of Justice ruled that a party to a settlement agreement could not avoid their contractual obligations simply due to COVID-19, hence the “doctrine of frustration” (frustration occurs when an unforeseen event renders performance of a contract impossible) had no application in this case.

In other words, COVID-19 cannot be used as a “trump card” without clear evidence regarding the specific impact of the pandemic on the contractual obligations that are said to be impossible to perform.

The doctrine of frustration of contract applies where an unforeseeable, supervening event occurs that radically alters the nature of the obligations set out in a contract.

The modern doctrine of frustration was clarified by the Supreme Court of Canada in Naylor Group Inc. v. Ellis-Don Construction Ltd. In this decision, the court stated that “frustration occurs when a situation has arisen for which the parties made no provision in the contract and performance of the contract becomes ‘a thing radically different from that which was undertaken by the contract.’”

At first glance, an unprecedented global pandemic, which forced the closure of many business, may seem like the type of supervening event that is contemplated by this doctrine. However, based on the facts of the Kawessa decision – in particular, the negotiations held between the parties, and the terms contained in the settlement agreement – the doctrine of frustration had no application in the case.

The court agreed with the plaintiffs’ submissions, in that the settlement agreement is not open to the court to rewrite — i.e., grant an extension or insert a new deadline that was not contemplated by the parties during settlement negotiations.

In addition, the court stated that the ongoing pandemic and lockdown did not radically alter the obligations of the settlement agreement to pay a specified sum on a specified date, in exchange for specific actions by the plaintiffs. More specifically, the court said the following:

“…the unhappy reality of the ongoing COVID-19 pandemic was a known quantity at the time the settlement was made. All parties were aware of the restrictions and limitations imposed as a result of the need to avoid personal contact and physical interactions – the parties had been operating under those strictures for many months and were likely to do so for many more. Despite those limitations, many usual business transactions have continued to be carried out by alternate ‘virtual’ means and other appropriate accommodations, albeit with some added inconvenience. Once again, the defendants were aware of this situation when they agreed to the settlement terms.”

The court concluded that the supposed supervening event – the pandemic – was contemplated by the parties at the time of contracting, since it was ongoing at the time. Yet the parties deliberately chose not to provide for it in their contract. Thus, there can be no frustration and “the doctrine is of no assistance to them [the defendants].”

The Kaweesa decision has far-reaching implications for employers. It confirms the parameters of the “frustration of contract” doctrine and the circumstances in which it could apply to future pandemics, lockdowns and vaccine mandates.

Although this decision is in the context of a mortgage enforcement action, the doctrine of frustration can be applied to a wide range of contracts, including employment contracts. In fact, a number of employers have relied upon this doctrine in order to circumvent their contractual obligations to their employees. This recent court decision reiterates that the doctrine of frustration will continue to apply only in rare circumstances.

There are many factors to consider in assessing when the doctrine could apply. For example, if an employer is experiencing a delay in the contractual performance, the duration of the delay as well as the terms of the contract will be used to assess whether or not a claim of frustration can be made.

When negotiating settlement terms, employers should retain legal professionals trained to engage in settlement negotiations, to ensure that their rights and interests are protected to the fullest extent possible.