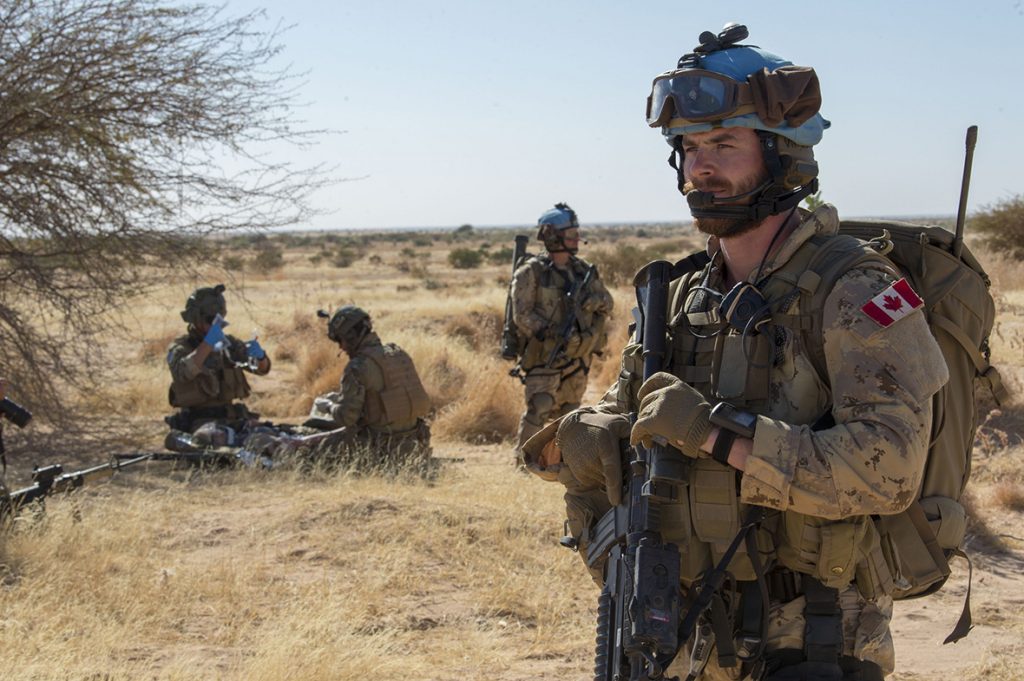 A member of force protection stands watch before the arrival of the Canadian CH-147F Chinook helicopter during an exercise as part of Operation PRESENCE - Mali near Gao, Mali, January 30, 2019. Photo: Corporal François Charest 430 Tactical Helicopter

OTTAWA (CP) — Military police say they are investigating “historic” allegations of sexual misconduct involving yet another senior commander, this time the officer responsible for human resources in the Canadian Armed Forces.

The Canadian Forces National Investigation Service revealed the investigation involving Lt.-Gen. Steven Whelan on Friday night, five months after he was installed as the head of military personnel command, which is responsible for everything from recruitment to promotions to health care.

Whelan took over from Vice-Admiral Haydn Edmundson, who stepped aside as the head of military personnel command in March due to a police investigation after a CBC report of alleged sexual assault. Edmundson has denied the allegations.

Whelan kept in the dark

The Canadian Armed Forces said in a statement that acting chief of defence staff Gen. Wayne Eyre and Defence Minister Harjit Sajjan were informed of the allegation in early June.

Whelan himself “was not to be made aware of it due to possible impacts on the investigation,” the military said.

Since then, the statement said the vice-chief of the defence staff has been assessing “victim impact, (Whelan’s) continuing employment and impact on the workplace.”

“Given recent developments, after discussing with the Vice-Chief of the Defence Staff, LGen Whelan agrees he must step aside as the Commander, Military Personnel, effective immediately.”

“The CAF is an institution built on the rule of law and the highest of expectations from Canadians, and as such, the CAF must ensure that all parties — complainants and respondents — are afforded their fundamental rights of due process, procedural fairness, safety, and privacy,” the statement said.

Cadieu denies any wrongdoing and said in a statement to service members that the allegation against him is false and intended to create doubt in his ability to lead the army.

Whelan told The Canadian Press in May that the military’s repeated failure to address sexual misconduct over the years has led to what feels like an “existential threat” to the institution — and demonstrates why it needs to really address the problem this time.

Last Friday, a war of words erupted between Eyre and Adm. Art McDonald over a letter McDonald wrote to senior officers arguing that he should be reinstated as chief of the defence staff.

McDonald stepped down in February due to a military police investigation into an allegation of sexual misconduct. That investigation concluded in August without any charges being laid.

McDonald contended in his letter to senior commanders that he has been exonerated and deserves to be reinstated.

In his own missive to top brass, Eyre called McDonald’s letter “shocking” and said he’ll remain acting chief of defence staff until informed otherwise by the government.