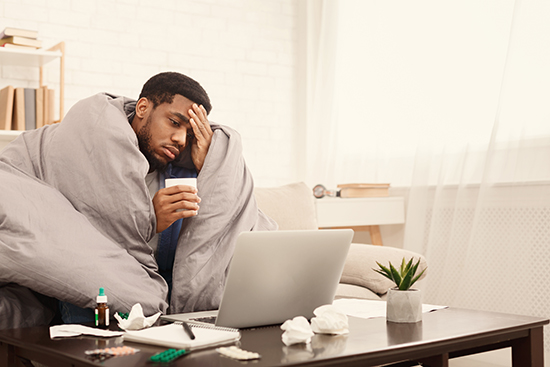 Employees in federally regulated private-sector workplaces are now eligible for 10 days of paid sick leave after members of Parliament voted unanimously in favour of the move last year.

As of Dec. 31, workers who have been continuously employed for at least 30 days will have access to their first three paid sick days.

Employees will then get a fourth sick day as of Feb. 1, and will accumulate one additional day at the start of every month up to a maximum of 10 days per year.

The federal Liberals promised to bring in the policy on the campaign trail in the 2021 federal election, in which parties sparred over how best to address the ongoing COVID-19 pandemic.

Labour Minister Seamus O’Regan held a news conference Thursday alongside representatives from Unifor and the Canadian Labour Congress to mark the occasion.

The minister acknowledged that labour leaders and the NDP had been calling for the policy “for quite some time.”

He applauded MPs on all sides of the House of Commons for voting unanimously in favour of paid sick leave last year.

“I’ve spoken to my provincial and territorial colleagues and certainly made the case,” he said, though he added that he respects jurisdiction.

Last week, the federal government announced it is extending employment insurance sickness benefits from 15 to 26 weeks.

Bruske said the labour movement will continue to work with the federal government on its priorities, including a full reform of EI as well as anti-scab legislation.