Features Culture Offbeat Workplace News
Sweats are in, slacks are out: Could ‘work leisure’ become business as usual? 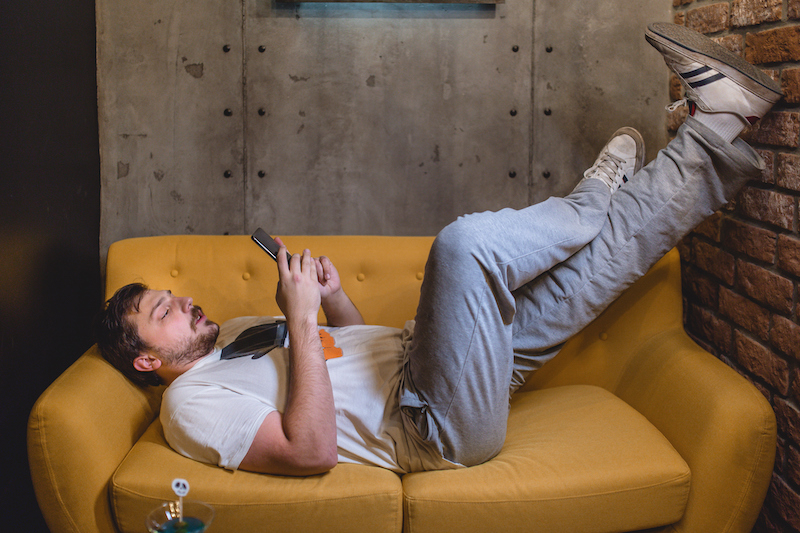 Every morning when Ariella Baron searched her closet for something to wear to work, she would mentally scroll through her schedule to calibrate her outfit to the tasks the day had in store for her.

But the manager at a Toronto accounting firm says getting dressed has become a whole lot simpler since the COVID-19 pandemic shuttered offices to turn homes into makeshift workspaces.

After weeks of toiling away in T-shirts and leggings, 26-year-old Baron dreads the day she has to dust off her dress shirts and blouses for her commute — but lately, it’s hard to imagine how she and her colleagues will get back to business as usual.

“I feel like people were starting to see it was unnecessary to always have to dress business casual. It’s more about being comfortable,” she said.

“This may be the thing that pushes it over the edge.”

Baron is one of many erstwhile desk-dwellers who are trading in their slacks for sweatpants as the work-from-home era has loosened up corporate dress codes.

As employers in some regions gradually reopen offices, designers and trend-watchers say the clamour for professional clothing people can feel at home in could lead to a surge in “work-leisure” wear.

“People are just as — if not more — productive when they’re working at home and they’re comfortable,” said Vancouver designer Jess Sternberg.

“There’s no reason not to adapt some of those lifestyle changes to the new world that we’re going to be entering in the office.”

The owner of Free Label said e-commerce sales have doubled as the sustainable clothing brand’s upscale basics have proven a perfect fit for professionals revamping their work wardrobes with pieces they can wear while lolling about in their living rooms or meeting with clients over video-chat.

Sammi Smith, founder and designer of Toronto-based Soft Focus, said online demand for her sleepwear-inspired silhouettes has soared during lockdown. The success is perhaps unsurprising given that the line began with Smith’s own transition from a corporate fashion job to starting her own venture from home.

Fancy pyjamas – the uniform of the gig economy

Searching for styles suited to running a business from her couch, Smith set out to design clothing for women who want to “power dress in pyjamas.” Depending on how you style an outfit, Smith said a collared sleep shirt can become a breezy blouse, or a terry cloth sweatsuit can double as a cozy twist on the classic pantsuit.

“I sometimes joke that fancy pajamas are the uniform of the gig economy,” said Smith.

Big-name apparel brands also seem to have noticed that comfort never goes out of style.

Lululemon Athletica has also expanded its selection of sweat-wicking work apparel as the Vancouver-based company’s stock price reached all-time highs on the NASDAQ this month.

Retail analyst Bruce Winder said the rise of “work-leisure” is a rare bright spot in an otherwise bleak industry landscape.

Statistics Canada reported that clothing and accessory sales were slashed by more than half in March — the largest one-month drop on record — and Winder said the forecast for April looks even grimmer.

Even as stores in some areas slowly start to welcome back customers, Winder said COVID-19 closures may be the death knell for “yesterday’s brands,” particularly those associated with buttoned-up office fashions.

For example, Reitmans is filing for creditor protection after an unsuccessful attempt to appeal to young career women saw its Smart Set banner shut down in 2014.

Carolyn Levy, president of technology for human resources consultancy Randstad Canada, said suit-and-tie attire fell out of fashion in most workplaces long ago. But as people settle into working in sweats, she predicts to see the push to relieve workers from the restrictions of gut-pinching waistbands will accelerate.

Even in the weeks since the pandemic upended professional life, Levy said early efforts to maintain decorum during Zoom conferences have given way to hoodies and baseball caps, and even people who seem put together on camera could be dressing down outside the frame.

While she doesn’t anticipate seeing bathrobes in the boardroom anytime soon, Levy suspects that the days of busting out of an itchy, ill-fitting suit when you walk through the door may very well be behind us.

“It will be about what are other fabrics you can wear that are comfortable and that still look presentable,” said Levy.

“They have a casual flair to them, they let your personality show through, but you feel good.”

Ben Barry, chair of the Ryerson School of Fashion, said traditional workwear is tailored to fit a white, western and masculine ideal of who looks “professional” that excludes many types of bodies.

Now that COVID-19 has challenged deap-seated corporate conventions, Barry urged companies to take the opportunity to remove sartorial barriers so people of all sizes, abilities and genders can let their talent shine through their work and their wardrobe.

“Finding that hybrid between workwear and leisurewear is going to open up access to so many more people to feel at home in their bodies,” said Barry.

“I think that ultimately leads to feeling more connected to where we work, a heightened sense of creativity and more people being able to bring their whole selves to work.”

Related
Changes to come in wake of review into OPP’s workplace culture
Fear, hope and change: Gilbertson Enterprises adjusts to construction in a pandemic
‘Office centricity is over,’ declares Shopify CEO as remote-work model is embraced
How to re-enter the office work setting
Tags