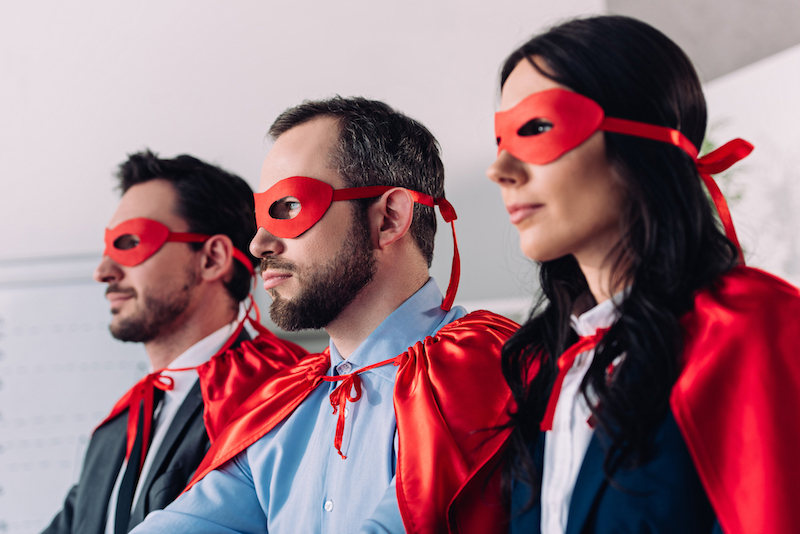 The digital age is a blessing and a curse, and it’s easy to get overwhelmed by all the electronic impulses and random stimuli that come at us all day long.

Advertisers and news media surrender to the assumption that most of us can’t focus for more than eight seconds and reduce everything to a soundbite. Meanwhile, everyone seems to be in flux. Part of problem is that many of us are addicted to the excitement of telling the world that we’re in such demand that our lives are out of control. We know it because we see it.

Ask anyone at networking events, seminars or birthday parties how things are going, and their answer will contain words like crazy, crazy-busy, insane, trying to catch up, exhausted, swamped, hectic and rollercoaster. They are always busy — or at least want to convince others that they are. Imagine admitting that you‘re not busy. At best, you’d label yourself as lazy or disengaged. At worst, you would be committing the sin of opting out of the hyper-society we live in and probably won’t be invited to barbecues or task forces for a while.

Here’s the issue though: Being busy is not the same thing as being productive, movement isn’t necessarily progress and a lack of movement isn’t laziness. The quantity of the tasks you handle doesn’t automatically translate to quality. On top of this, telling everyone how busy you are wastes precious time.

Most of the supervisors and HR people I know are hooked on the adrenaline of running around, the idea of being indispensable and having to be on duty to put out fires, instead of dealing with what ignited these in the first place.

An example from my practice shows how I help myself focus on the important stuff as much as possible, while identifying which managers are willing to take the time to actually sit down, think about an issue and construct their thoughts. When I get calls from supervisors who want HR to address an issue they have with one of their direct reports, my first question is always whether they have discussed it with that person. The answer is usually “no.”

It’s human nature to avoid unpleasant situations. Managers want to be liked and tend to dodge these conversations by transferring this responsibility to HR.

It took me a while to figure out what was going on and come up with a way to combat this dynamic. I now handle such calls as follows: “Thanks for this information. Now, for me as HR to follow up on this, I’ll need something in writing. Can you send me an email so I can open a file?”

Supervisor: “What do you mean?”

Me: “Well, if you could send me an email about this, I’ll have something in writing that I can work with.”

Supervisor: “But… what do you want me to write?”

I quickly found out that my requests to managers to put things in writing substantially dampened their desire. It takes effort, which is unpleasant. In four out of five cases, I don’t hear back. Apparently, the issue is often not that big of a deal. When I follow up two weeks later, the reply usually is, “Oh yeah, we discussed it and it’s gotten better”.

When you spend your days running around, jumping from one call to the next and responding to non-urgent emails, you constantly interrupt your workflow and thought process. Research by David Meyer from the University of Michigan showed that switching what you’re doing mid-task increases the time it takes you to finish both tasks by 25 per cent.

If you are not focused on the mission, cracks appear that can be exploited by the competition.

To gain and keep an edge, companies need to focus on productivity instead of attendance and accumulated hours.

Putting in long hours doesn’t mean much. If anything, I consider it a red flag. Plus, it is questionable how productive anyone is beyond 50 hours a week. It’s the law of diminishing returns. I see long workweeks as a symptom of inefficiency, of lousy time management.

Microsoft found that it took its workers an average of 15 minutes to return to important projects every time they were interrupted by an email, phone call or other message. They didn’t spend the full 15 minutes on the interrupting messages, either; the interruption led them to other activities, such as surfing the web. Translating these data to dollars: let’s say you’re self-employed and your hourly rate is $100. Every time you interrupt your work to take a call, respond to an email or tell others how busy you are, you lose $25.

You can’t guide a company through a key transition or think strategy as time slips through your fingers while you rush from one emergency to the next. There’s nothing wrong with telling people that you’ll get back to them tomorrow or next week because you need some time to think. Imagine the initial shockwave that would go through an organization when coworkers and team members hear you say something like this.

People in leadership positions get paid the big bucks because the future of the company depends on the quality of their decisions.

While it’s tempting to join the whirlwind of daily office life and chase instant gratification, the business needs decisions from you to ensure its long-term viability. Such decisions require focus, especially at the leadership level. This includes a focused effort on building relationships within and across departments, as the quality of these relationships is key for getting the information you need for making quality decisions.

Whether it’s getting to the root cause of roadblocks and problems, writing reports, preparing budgets or handling big projects, you will need time to conduct research and review, analyze and process complex information so you can construct your thoughts and formulate meaningful recommendations. All this requires blocks of quiet time and uninterrupted focus.

The role of HR

An important part of the role of HR is freeing up CEOs, general managers and business owners from daily people management concerns so they can focus on their core activities, such as overseeing operations, business development, implementing vision and mission, planning mergers and acquisitions, strategizing with the board of directors and communicating with shareholders, government entities and target audiences.

When it comes to winning the battle in the marketplace, who do you wish to hire and what kind of people would you like to promote?

HR can play a key role by probing for unproductive tendencies of candidates in interviews and reference checks.

For instance, by asking for examples of how the candidate made processes more effective and the business more productive and profitable.

If a manager consistently refuses to step back and take the time to really think things through, HR can build an excellent case for not promoting this person to a position of even greater responsibility, where such behaviour would have an even bigger impact.

Instead, give the nod to people who have a record of really studying processes and identifying efficiencies. The ability to focus is becoming a rare commodity and flagging this skill – or lack thereof – is a great way for HR to add and unlock value.

Evert Akkerman is an HR professional based in Newmarket, Ont., and founder of XNL HR. In 2015, he won the inaugural Randstad Canada Award for Innovation in HR. He can be reached at info@xnlhr.com.

Related
‘Let’s go get both’: Welcome to Talent Canada
The most meaningful New Year’s resolution for leaders
In defence of Michael McCain: Speaking out is what strong leaders do
C-suite leadership is the nagging gap in prevention