Features Corporate Social Responsibility Diversity & Inclusion
We’re having a conversation with CEOs about hate, intolerance – and we need you at the table

The London, Ont., truck attack shocked Canadians – and led to an outpouring of support from corporations. Join us at our live virtual event on June 23 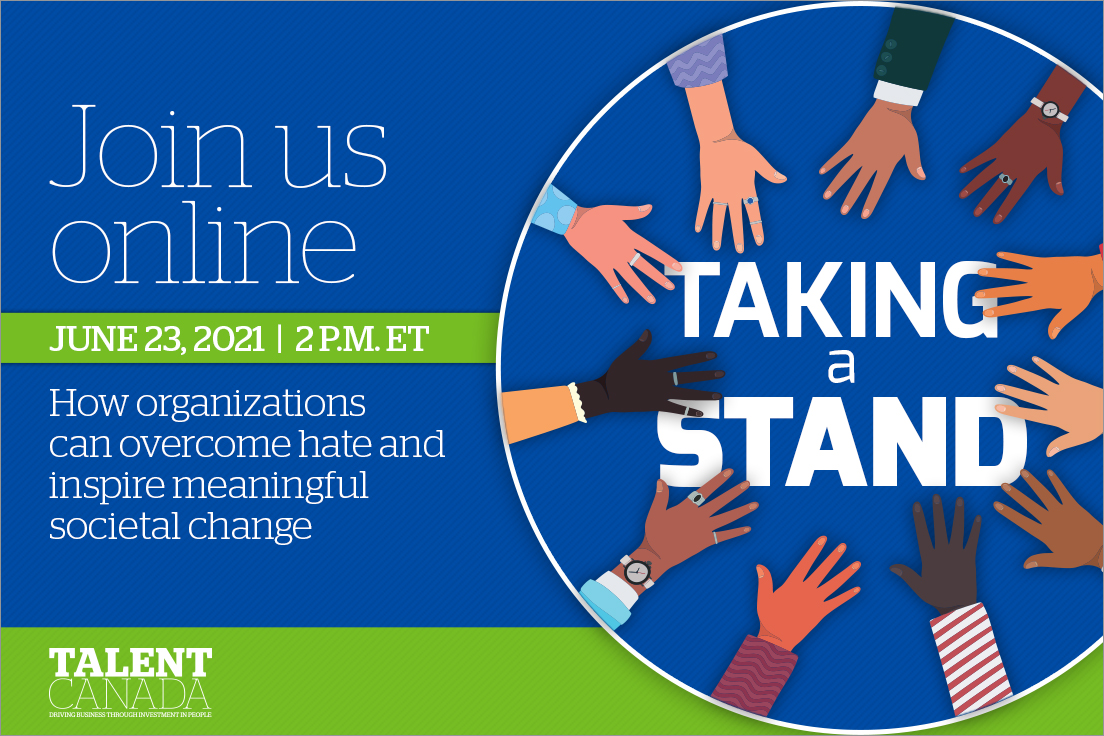 The reaction from business leaders to the June 6 truck attack in London, Ont., was swift and unequivocal.

My LinkedIn feed was flooded with messages of shock and support from top Canadian executives and CEOs from some of the biggest corporations in the country.

“No one should live in fear of hate speech or violence,” said Darryl White, CEO of BMO Financial Group.

“When we come together to denounce racism and hatred in all forms, we take away the power of extremists to intimidate others.”

Dave McKay, president and CEO at RBC, said he was “shocked and saddened” by the attack that killed four members of the same family out for an evening stroll and seriously injured a nine-year-old boy. The perpetrator? Allegedly a 20-year-old with a pickup truck who is now facing murder, attempted murder and terrorism charges.

“I stand alongside my RBC colleagues condemning racism and intolerance, and will continue to use my platform to speak up for equality, fairness and kindness,” he said.

Mohamad Fakih, CEO and president of Paramount Fine Foods, said he was “totally absorbed” by the awful event.

“So difficult to be positive and hopeful at a moment of such tragedy,” said Fakih.

There were dozens of similar statements — and it sparked a note from my own boss, Scott Jamieson, the COO at Annex Business Media.

“Do you have a few minutes this morning to bounce around a bad idea?” he asked.

The bad idea turned out to be a very good one: To harness this outpouring into a real conversation — to get a panel of CEOs and senior executives together to discuss the role organizations can play in eliminating hate and intolerance.

It fits perfectly within the mandate of Talent Canada, a national media brand that helps make the business case for investing in people. It also aligns with the role that media should be playing in society.

If we can’t bring people together and talk about this, who can?

It also feeds into something I have long believed. In my 20 plus years of covering the workplace as a journalist, I have been impressed by how much corporations can move the needle — arguably more than government.

Yes, government has a big role to play in legislation, penalties and enforcement. But employers have incredible influence over day-to-day activities. After all, many people spend more time with colleagues than they do with their own family members.

If we can stamp out hate and intolerance between 9 and 5, it can have a big impact outside of work hours as well.

The plan was hatched. Ever the idealist, I set out to put together a three-member panel with a CEO or president from a large organization, a mid-sized organization and a small organization. That way, the advice would resonate with any organization.

Within four days, the picture crystallized. We secured enthusiastic participation from:

We also landed a keynote speaker from Deloitte – Fatima Laher, a board director and global lead client service partner.

This Wednesday – June 23 at 2 p.m. ET – we go live. It promises to be an interesting and useful discussion, and you’re invited to join us. Register today at https://www.talentcanada.ca/virtual-events/taking-a-stand/

We have a heavy agenda – including questions around the role business leaders should play, what is working to eliminate hate in the workplace and what needs to change.

We need you at the table, to listen and to ask questions.

There is no charge to attend. Our only ask is that you consider making a donation to the GoFundMe page that was set up for the lone survivor of this tragedy: Nine-year-old Fayez Afzaal who lost his mother Madiha, father Salman, sister Yumna and grandmother Talat.

Todd Humber is the publisher of Talent Canada.