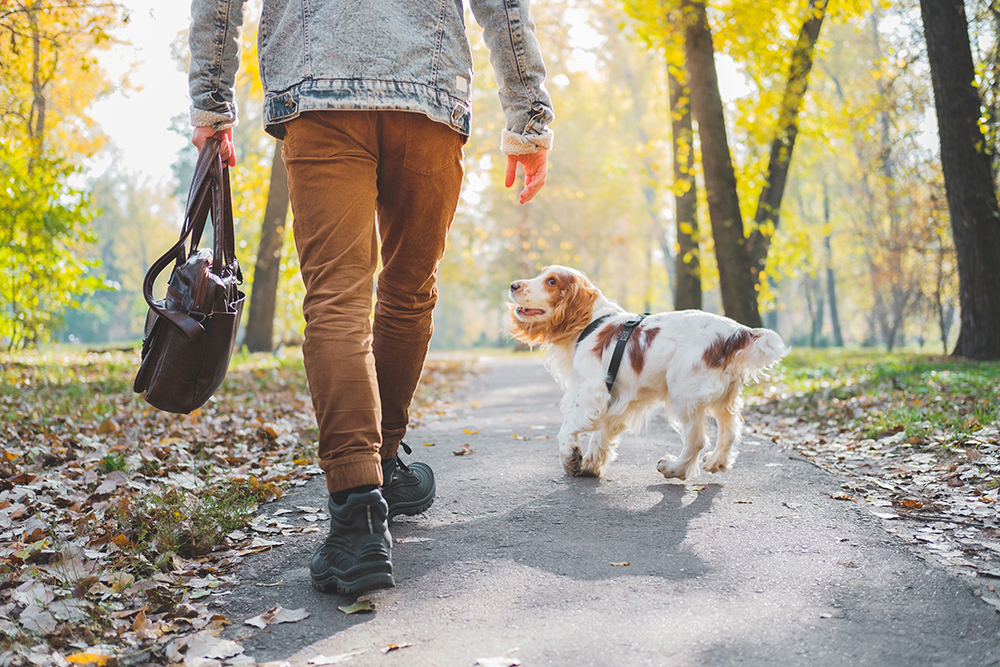 Sharon Robinson scours the house for her shoes, then has to sneak past the guard at her front door before she can leave for work each day.

Her dogs — a two-year-old terrier named Summer who steals her footwear and a 12-year-old poodle named Poppy who blocks the doorway like a curly-haired Sphinx — have made mornings difficult for the library assistant from Richmond Hill, Ont., since she returned to work three weeks ago.

“I call them ‘Needy’ and ‘Needier’ because they’re just glued to me when I’m home,” Robinson said of her dogs, both rescues. “So when I leave, they’re completely stressed out.”

Robinson has had Poppy for about a decade and Summer joined her family a year ago. While the dogs have had issues with separation anxiety before, Robinson has noticed a recent rise in the behaviour.

Dr. Ian Sandler, a Toronto-based veterinarian, expects that among dogs — and cats, to a lesser extent — as people return to work after months at home during the COVID-19 pandemic.

Our pets have grown accustomed to having us around, Sandler explains, and they’re forgetting how to handle solo situations.

A dog who panics when his owner puts on a jacket or reaches for the car keys isn’t so much fearing abandonment as he is anxious about his new routine being disrupted, Sandler says.

“Oftentimes people anthropomorphize or try to relate very humanistic feelings to (animal) behaviours, but I think a lot of this is just a comfort in the dependence,” he said.

“(The behaviour) depends on how young the puppy is, the kind of relationship they have with the owner, how much time they spend with that owner. So it’s a comfort thing and it’s a routine thing as well.”

Plenty of factors contribute to separation anxiety, and a broad spectrum of symptoms includes barking or howling, chewing or scratching at the door, pacing, drooling and urinating or defecating when the owner leaves the home.

Cats, meanwhile, express anxiety in other ways, such as refusing to eat for a day or two, urinating outside of their litter box or acting aggressive towards other people.

‘Not just a puppy thing’

Andre Yeu, a dog behaviourist and founder of the When Hounds Fly training facility in Toronto, says separation anxiety cases can range from mild to severe.

And even adult dogs who previously had no issues being left alone can suddenly develop it.

“You see it with schoolteachers who are off during the summer and then go back in September,” Yeu said. “General lifestyle changes can cause dogs to develop separation anxiety so it’s not just a puppy thing.”

But puppies are more likely to develop separation anxiety, says Sandler, which is why it’s important to introduce young dogs to other people and animals.

That’s easier said than done during COVID-19, as new dog-owner Sean O’Leary can attest. He and his girlfriend have difficulty socializing their five-month-old black lab Guinness while trying to keep physically distant from others.

“He’s a bit too young for dog parks, he kinda gets trampled,” O’Leary said. “So we’ve just tried socializing with friends on their lawns or with people walking their dogs.”

O’Leary, who’s been working from home since March, saw the lockdown as a perfect opportunity to get a pup. But he does have concerns about leaving Guinness alone when he eventually does go back to his office.

New pet owners should work on minimizing separation anxiety before it starts, Yeu says. Dogs already showing signs can be treated, but it could take months to correct behaviour.

At first, the pet shouldn’t be left alone at all, Yeu advises, which could mean using a doggy daycare or sitter when needed. Separation is gradually introduced in what Yeu calls Phase 2 or “confinement and isolation training” — where a dog is put in a crate or a blocked off area of a room, but still in sight of the owners, for a set amount of time.

Phase 3 would be physically leaving the pet, gradually increasing the time away until you get to a full work day.

“It’s about making a level of isolation tolerable to the dog,” Yeu said.

Ignoring the problem is not a solution, he added.

Making sure a dog gets enough exercise is another way to lessen anxiety, and limiting interaction with the pet before leaving the house and upon returning home can also help.

Sandler says dogs notice cues their owner is leaving and are especially anxious about 10-15 minutes before they’re left alone.

“It’s really important to downplay the pet during that time,” Sandler said. “You don’t want to work them up by calling their names as you’re getting ready to leave.

“And it’s the same thing when you come back.”

Humane Canada, which represents humane societies and SPCAs across the country, says its data suggests a 40-70 per cent increase in fostering and adoption rates at the height of the pandemic from mid-March to late April.

The Toronto Humane Society, meanwhile, says it facilitated adoptions on all 140 dogs admitted from March to July for a 100 per cent adoption rate, compared to 89 per cent (387 of 434) last year.

That apparent increased demand for dogs is a good thing, Sandler says, because it means people are sticking with their pets and not trying to re-home them.

But with most people still working from home or only gradually returning to a pre-pandemic existence, Sandler says the veterinarian community is worried about what might happen when people can no longer care for the pets they recently took in.

“There’s two things that concern veterinarians and humane societies and SPCAs,” Sandler said. “One is the folks’ financial ability to pay for treatments like spaying, neutering, vaccinations, flea and tick prevention, and No. 2 is the commitment. Pet ownership is not just for comfort during the pandemic.

“But I think a very positive thing that we’re seeing is the reality that the human-animal bond is so strong, and we’re seeing it reinforced in a positive way through the pandemic. There’s so many benefits of having a pet in the household, so I think the good will outweigh the bad.”

Related
Remote work: Employers are taking over our living spaces and passing on costs
HR a critical resource as Canada returns to work
VIDEO: As Canada reopens, workplace leaders weigh in
‘Office centricity is over,’ declares Shopify CEO as remote-work model is embraced
Tags