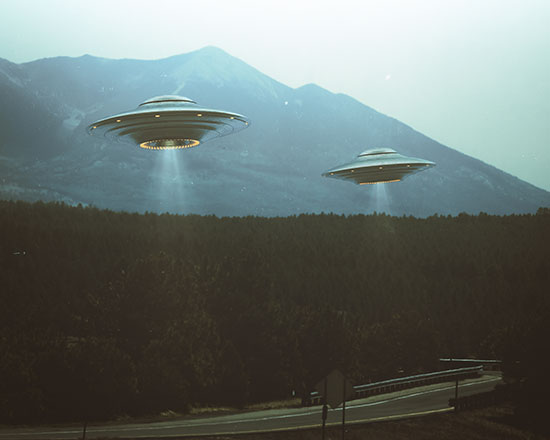 It’s often stories of flying objects that form the unofficial body of knowledge of organizations — the lore we call culture. (ktsdesign/Adobe Stock)

The consensus in management and HR seems to be that culture is determined by the worst behaviour an organization is willing to tolerate.

Let’s pinpoint the problem: it’s not some vague entity like “the organization” that condones or propagates — it’s people within it, specifically at the top.

It may be an executive team or a cabal of influencers, but it’s typically one person: the founder, the owner, the managing partner, the general manager, the principal, the president, or the CEO.

Company dinners, networking events, parties and barbecues are a rich source of rumours about such individuals behaving badly.

Many years ago, I heard a fascinating story from “Mark,” the VP of marketing at a mid-size financial institution. The place had grown organically for decades and was quite profitable, so the people running it had done a number of things right.

However, the company never quite outgrew its patriarchal origins. One day in the late 1990s, the CEO was in his dentist’s waiting room and read about the blessings of recycling, and how environmental responsibility was the future.

Thus inspired, he decided to make a difference. He ordered a pile of blue bins and had each staff member put one under their desks, instructing them to fill these with non-confidential print material. The CEO was a stickler for neatness, and the staff soon learned that he disliked seeing overflowing blue bins — about an inch from the top was as far as he would allow, and he patrolled the office on a regular basis to monitor bin levels.

Eccentric colleagues: Is your office like The Muppet Show?

“One day, my bin was pretty full, and I saw him walk by and look,” Mark told me. “So, I knew I had to empty it soon, but I figured it could have three more sheets. And then I got a call that took 10 minutes.”

In that 10-minute window, the CEO walked by again, stopped, strode into Mark’s office, grabbed the blue bin from under his desk, and threw it out the door.

Under normal circumstances, this would have been a peculiar move. In this case, it became a health and safety incident.

At the very moment the bin was launched, “Ted,” the VP of sales walked by, minding his own business, on his way to the fax. Ted was a former football player, well over six feet, with high bulk density north of his belt.

“The bin sailed into the hallway and hit ol’ Ted square in the knees,” said Mark, relishing his role as storyteller. “And Ted went down like a sack of wheat. You’ve seen it in documentaries — it was like watching one of those redwoods fall in slow motion. When Ted hit the deck, the entire building shook. Paper flew in all directions. People came running.”

It took a couple of guys from shipping and receiving to help Ted back on his feet. They dusted him off and asked him what day it was and if he remembered his name (Tuesday, and he did). They gently ushered Ted in the direction of the fax, and after a couple of baby steps, his machinery kicked in and things returned to normal.

Meanwhile, the CEO had watched Ted recalibrate, and said, “Hmm… maybe I shouldn’t have done that,” and walked back to his office, leaving the paper mess for others.

Similarly, the founding partner of a law firm was a stickler for rules — some written, some unwritten, some made up on the fly.

One morning, “Misha,” who worked in accounting, was toasting a bagel. She had a bit of a commute, driving from Bradford, Ont., to Toronto. Her routine was having a coffee in the car and then breakfast at the office. Work started at 9, and she was in the company kitchen at 8:40.

While her bagel was toasting, the founding partner walked in. “What’s that?” he asked, pointing.

With that, the partner stepped forward, grabbed the toaster — ripping the cord from the socket before launching it out the window. Turning back to Misha, he stated: “Staff members are expected to have breakfast before they come into work.”

And speaking of throwing stuff, another friend relayed a story about her company president a few years ago. As the company grew over the years, more and more space had been converted to offices, including the cloakroom and the boardroom.

As a result, team meetings were held in the kitchen, ideally outside of lunch hour. The unwritten rule was that chairs that had been rolled in from offices were to be rolled back after each meeting.

Of course, not everyone complied. One day, just after a meeting had wrapped and participants were talking in the hallway, the president walked by. He spotted five chairs that didn’t belong in the kitchen. Five.

In full view of the staff, he rolled two of the chairs out of the kitchen and pushed them into the stairwell, where they tumbled down four flights, barely missing the audit manager who was just returning from an errand.

It’s stories like these that form the unofficial body of knowledge of organizations — the lore we call culture.

How useful are health and safety manuals, team-building efforts and engagement surveys if staff need to wear hard hats indoors?

You can have all the policies and handbooks you want — beautifully written, updated annually, and with a nice clear plastic cover — but behaviour from the top sets the real standard.

Related
C-suite leadership is the nagging gap in prevention
Managing and developing high-potential employees
Leadership lessons from the U.S. presidential election
Eccentric colleagues: Is your office like The Muppet Show?
Tags