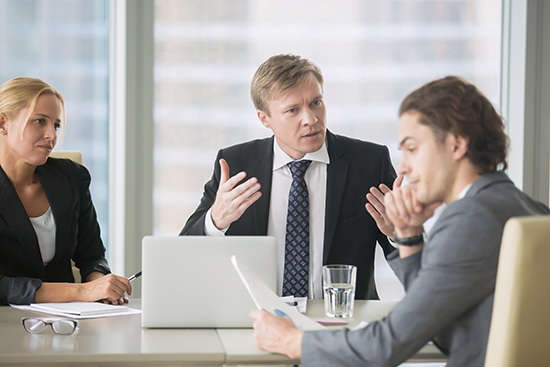 It may be that some CEOs are stuck on HR as payroll and birthday cakes, but some job candidates cling to this assumption as well. In their minds, HR is a roadblock that stands between them and success.

I can’t tell you how many times I was part of processes that screened out a jobseeker who clearly didn’t meet key criteria, only to receive an email from an interested dignitary with something like: “I just got a call/email from so-and-so. Are we no longer considering X? Why not?”

It gets worse when candidates’ parents call HR. I had a real classic years ago, and the story was quite convoluted.

The president of the company served on some volunteer board in his neighbourhood. The fact that he ran a successful, highly visible company must have been one of the reasons they recruited him — every time they had an event, he was besieged with sponsorship requests.

One Saturday, another board member asked whether her daughter could be considered for a job. The president relished the role of nice guy and said, “Sure, have her send her resumé to my HR department.”

Come Monday morning, I had the daughter’s resumé in my inbox. Since the family lived in Brantford, Ont., I forwarded it to the Hamilton subsidiary and suggested that the manager contact the candidate for an interview. She was happy to do so and determined that the candidate lacked key skills.

You want to guess what happened next? The candidate’s angry mother called the president to complain about the poor treatment her daughter had suffered at the hands of the evil plant manager and the equally evil HR guy.

Predictably, the next thing in my inbox was an email from the president, who was rather displeased at having egg on his face.

He had wanted to do the family a favour, and what kind of trivialities does he run into? Job requirements. Yup, frustrating.

The second email I received was from the plant manager, who had also started her week with an angry call from mom, demanding an explanation.

Eccentric colleagues: Is your office like The Muppet Show?

There are endless examples of candidates’ resenting the role of HR as gatekeeper and protector of company culture.

While most follow process, some are either insecure or control freaks.

Don’t ever – ever – respond to an email like this, “I submitted my resumé last night but had an issue with my email. Can you please confirm that you received it?”

As soon as you decide to be nice and confirm, you’ve made a mistake – you have engaged and will receive an instant follow-up from the candidate with, “Great, when will I be called for an interview? I need to know cuz my mother needs new dentures.”

Not only is this awkward in terms of the candidate jumping the gun, but it also puts HR in the position of communicating with some candidates and not with others, which allows inequality and bias into the process.

The impact of UFOs on corporate culture

What always intrigues me is candidates trying to bypass HR entirely. Last year, I was part of a process to hire a VP Sales.

Four candidates made it to the finals. One was a known entity, as she was the company’s account manager in her current role.

Rather than applying, she was parachuted in by another VP. While the three other candidates had followed the usual steps, this candidate finagled an interview with the president. Subsequently, she sent a gushing email to the president and the VP, raving about how it hadn’t really felt like an interview but a reunion of old friends.

My colleague in HR, seeing this, said: “This reads strategic.” She was right: the candidate made a deliberate attempt to place herself outside of the process.

When I raised my concern with the VP about having two parallel processes and unequal treatment of candidates, he decided to remedy this by having the candidate meet with HR as well. Well, the interview was a disaster.

When she entered the waiting area, she looked around for a garbage bin and then handed her sandwich wrapper to the receptionist, saying, “Here, can you get rid of this for me?” (This was despite COVID-19 protocols.)

Once in the interview, the candidate constantly interrupted my colleague and me, and assured us how everyone she ever met loved her to bits.

The outcome was that one of the other candidates was hired.

Guess what? The strategic candidate complained to the president that she had been at a disadvantage, because she had “missed true interview opportunities, as the meeting with the president had been more like a talk.”

She’d been perfectly happy dodging those dreadful people in HR, and then did a 180 when this approach backfired.

The same dynamic plays out internally.

Let’s say you get a call from an employee who says, “I’m confused, what is our vacation policy?”

You need to realize what this question means: “I read the policy and I don’t like it.” As soon as you start explaining, they interrupt. “Yeah, I saw that, but I thought…”

Translation: “Yes, everyone else has three weeks but I want four, because I’m different.”

Even worse: “How come so-and-so have four weeks and I only three?”

It took me years to come up with the right answer: “Employment agreements are between each employee and the company. I am not prepared to discuss individual cases.”

Life in HR is tricky when:

Like, “Yeah, my HR department is a bit overzealous. Don’t worry, I’ll talk to ‘em.”

As Gino Wickman wrote in Traction: “In a nuclear family, when the child doesn’t like the answer from Mom, he or she might go to Dad. In your company, there can be only one answer, and your leadership team needs to parent everyone to greatness.”

Related
The impact of UFOs on corporate culture
How COVID-19 has transformed the recruitment process
Eccentric colleagues: Is your office like The Muppet Show?
Drop the skepticism: Organizational culture really does matter
Tags