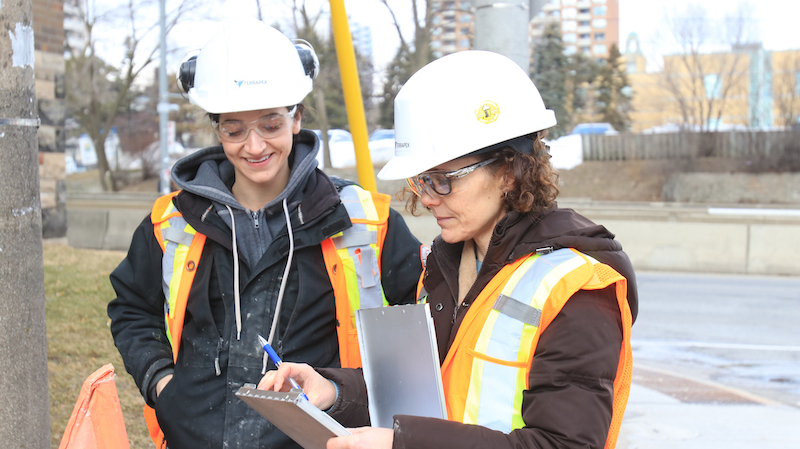 Michael Osborne has a new skill to add to his resume — professional television watcher.

Osborne, a consulting engineer and the CEO of Terrapex, a Toronto-based environmental, geotechnical and health and safety consulting firm with 82 employees, doesn’t usually plant himself in front of the TV during working hours.

But over the last few weeks, as the COVID-19 pandemic swept the globe and shut down economies, that changed.

“My job, until recently, was to watch Trudeau’s or Ford’s press conferences,” he said, referring to the daily briefings by the prime minister and the premier of Ontario.

“I did this every day to keep on top of it.”

While government can never be flawless, he gave politicians a passing grade on how everything has been handled when it comes to helping employers. He pointed out that a lot of the questions asked by the media, particularly those for Prime Minister Justin Trudeau, were “Why didn’t you do this?” and “Why didn’t your plan do that?”

“But they put these support programs together so quickly that, of course, they weren’t going to be perfect — but they did a good job,” he said, and have continued to tweak them as needed.

In the early days, as the scope of the devastation from COVID-19 came into focus, Osborne gathered his management team to discuss how the company would respond. It identified three priorities to focus on, ranked in order:

Putting the community first may sound altruistic to some, said Osborne. “But it isn’t for us, because we are a service company.”

The management team was united and unanimous in this approach, something Osborne credited to the culture — one that he is “very proud of” — that permeates Terrapex. 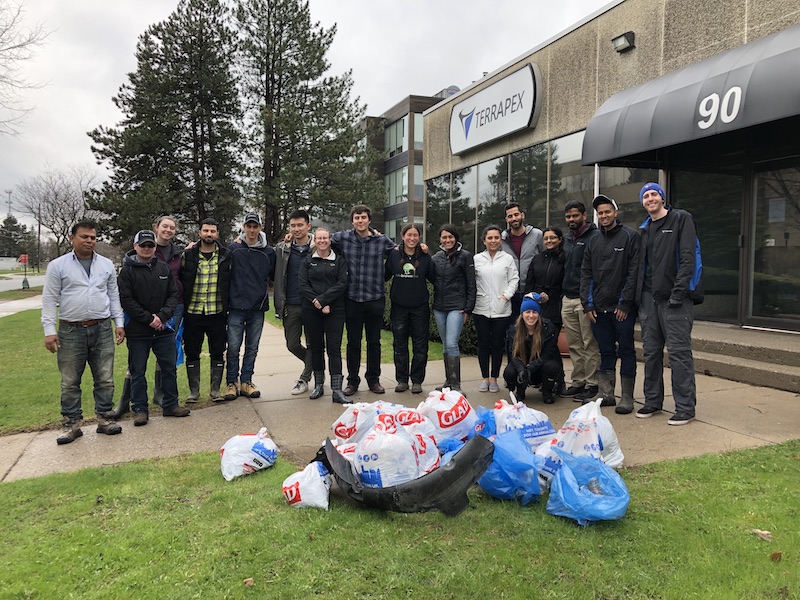 Osborne was humble about the help being given to the community, saying it didn’t do “that much.”

Employees pointed out that the company had an excess stockpile of medical grade gloves.

The real opportunity to make a difference was to have all its employees become ambassadors and models for good behaviour, he said.

“We encouraged staff to be those people who call out others for not practicing social distancing or, if they see any kind of activity that isn’t safe for the community, they call out that behaviour,” he said.

Here’s an example: Towards the end of March, the company instituted a policy that said only one employee was allowed per vehicle when travelling to job sites. Like many companies, Terrapex uses subcontractors to work on its jobsites. Staff noticed the subcontractors were often arriving with more than one person in their vehicles.

“We debated whether or not we had the authority to tell subcontractors what to do,” said Osborne. “But we decided it didn’t come down to authority. If they weren’t going to practice safe social distancing, we weren’t going to use them.”

Terrapex made an aggressive staffing decision in the early days of the pandemic.

“Our first response, as the work started to diminish, was to send everybody home,” he said.

The workers were not laid off or fired — they were given two weeks of fully paid “COVID time” while the management team figured out how to respond.

This led to some head-scratching by employees about how to fill out time sheets, but the answer from management was — “this is two weeks of free time,” he said. Stay home, pure and simple.

Where the company has really shone is communication with employees, said Osborne.

“We communicate a ton, and it’s all transparent,” he said.

Terrapex has formed a COVID Management Team — it has representatives from each office, the people and culture team and the health and safety group, among others.

They meet daily via Microsoft Teams and discuss a wide range of topics, including new regulations, clients, workload and how they’re responding. Because the pandemic moves so fast, and it’s difficult to keep up with all the changes, the company created a central online directory to house information so employees have access to the information.

“As early as mid-March we did a full company teleconference to assure them that the company has their back,” said Osborne.

The communication has been a mix of serious and light — not a “thou shalt not do this” approach but rather using humour where appropriate and providing information on a wide range of topics. 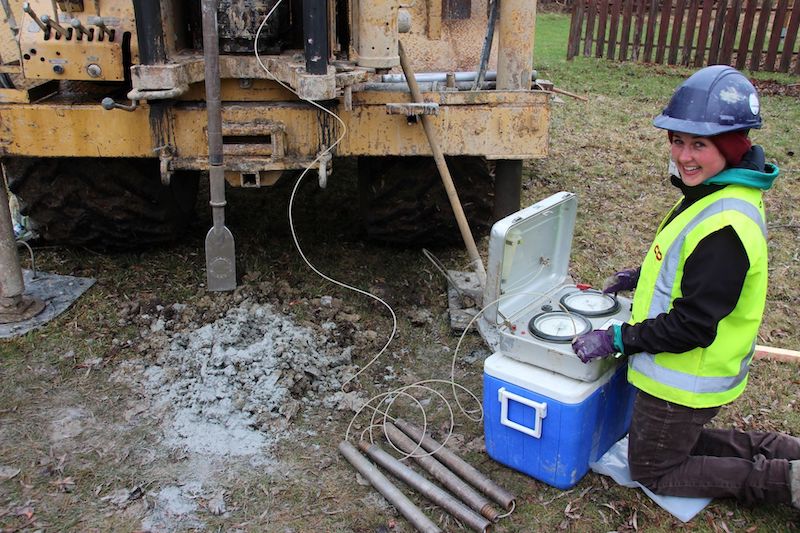 Osborne expressed some frustration at Ottawa’s Canada Emergency Response Benefit (CERB) — the $2,000 per month payment to workers who have lost work because of COVID-19 but aren’t otherwise eligible for EI benefits.

“Unfortunately, employers can’t top that up — so that threw the plan for a loop,” he said.

Next up was the Canada Emergency Wage Subsidy (CEWS). That’s the 75 per cent wage subsidy available to employers — to a maximum of $847 per week per employee — who have seen revenue declines of at least 15 per cent in March and 30 per cent for subsequent months.

“In March, we didn’t qualify but it became fairly clear we would qualify in April,” he said. “So instead of layoffs, we would rely on that plan and have communicated to our staff there would be no layoffs until at least mid-May.”

Nobody on the team at Terrapex has tested positive for COVID-19 to date, but some workers who returned from hotspots in the United States were asked to self-isolate.

There have been some grassroots suggestions from the bottom up that the company has implemented. For example, the one-person-per-vehicle rule came from a front-line employee, said Osborne.

Staff also identified some hygiene concerns. While the company was careful to disinfect any field equipment that staff had to take with them to the job site before it left and when it returned, there was no way to decontaminate it during the day. Workers were given gloves to wear, but the system wasn’t perfect.

“We came up with a field disinfection kit — spray bottles with disinfectant, wipes and towels so they can be proactive with site hygiene,” said Osborne. 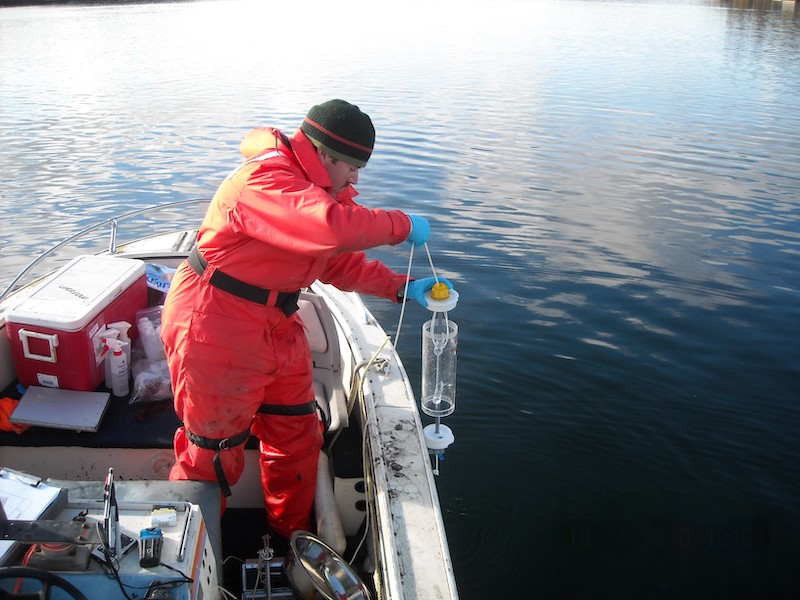 Light on the horizon

Osborne expects the pandemic to impact his business and society as a whole for some time.

“I think we’re in this for at least the next couple of months, and probably in this for maybe a year-and-a-half before there is a vaccine,” he said. “That’s the only permanent solution.”

But in the short term, he thinks his company has already seen the bottom of the barrel when it comes to its business.

“As our clients become more comfortable with the situation, then if and when restrictions are lifted it will bounce back,” he said.

“I’m not concerned about the viability of our business.”

But the coronavirus could have permanent changes to the way work is done.

“I think we will see people want to work from home more often,” he said. “The infrastructure is in place. It’s tried and true and tested. We’re doing virtual meetings all the time now.”

When asked about the productivity of workers at home, he said the jury is still out.

“With some people, the productivity is better than in the office,” he said. “Other people have said they’re having trouble being efficient and they’ve asked if they can come into the office, and we’ve had to say no.”

Terrapex has supplied staff with tips and how-to sheets on how to work at home, including things like ergonomics and well-being.

One noticeable change Osborne has enjoyed is people just being nicer to each other.

“I hope it carries on, it’s a more friendly level of communication — not just within our company, but our suppliers and clients.”

“Everybody is understanding of the stress we’re all under. There is more tolerance and understanding and less of ‘You have to respond right now,’” he said.

Related
Fear, hope and change: Gilbertson Enterprises adjusts to construction in a pandemic
Longer shifts, PPE and plenty of Lysol: How COVID-19 changed Pennine Security
Are you afraid to travel? Conferences, tradeshows seek to reassure attendees
44 per cent of Canadian households have lost work due to COVID-19: Survey
Tags